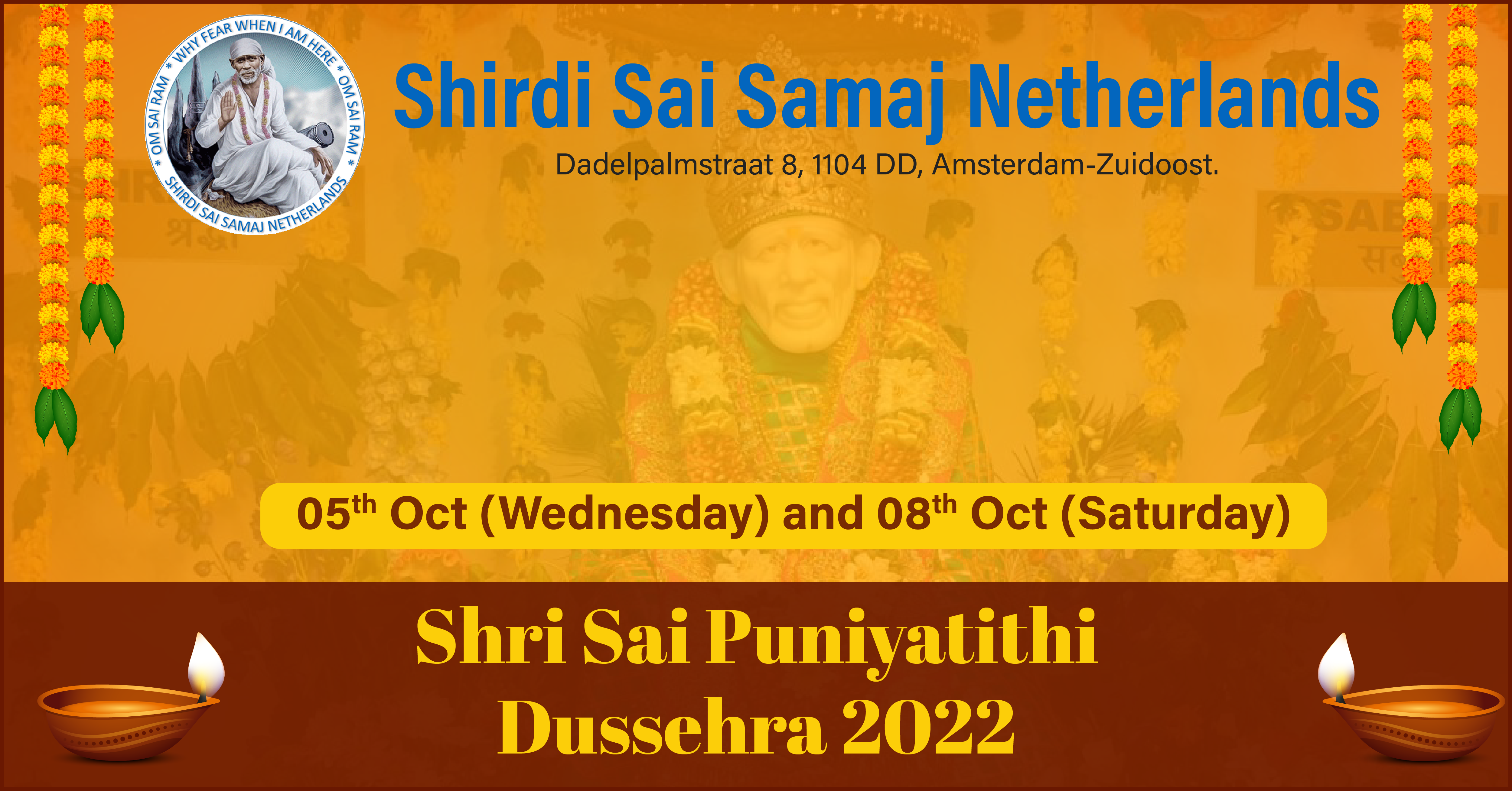 Dussehra is celebrated throughout India as the victory of good over evil. For Sai devotees, it is well-regarded as the holy day when beloved Guru Saibaba attained Mahasamadhi in the year 1918. Baba left his mortal coil on the 15th of October 1918. Two years before i.e. in 1916 Baba gave an indication of this day and it was as follows. On the Vijayadashami (Dasara) Baba, all of a sudden got into a wild rage in the evening, when people were returning from seemolanghan (Crossing the border of the village). Taking off His headdress, Kafni, Langota, etc. He tore them and threw them into the Dhuni before him. He stood there stark naked and with his burning red eyes shouted “You fellows now have a look and decide finally whether I am a Muslim or Hindu” Everybody was trembling with fear and nobody dared to approach Baba. After some time Bhagoji Shinde the leper devotee of Baba went Boldly near him and succeeded in tying a Langota round his waist and said,” Baba what is all this? Today is ‘Simolanghan i.e. Dasara’ Baba striking the ground with his satka said,” This is my Seemolanghan”, Baba did not cool down till 11.00 P.M. and people doubted, whether the Chavadi procession would ever take place that night. After an hour Baba resumed His normal condition and dressing as usual attended the Chavadi procession. Of this incident, Baba suggested that Dasara was the proper time for Him to cross the border of life.